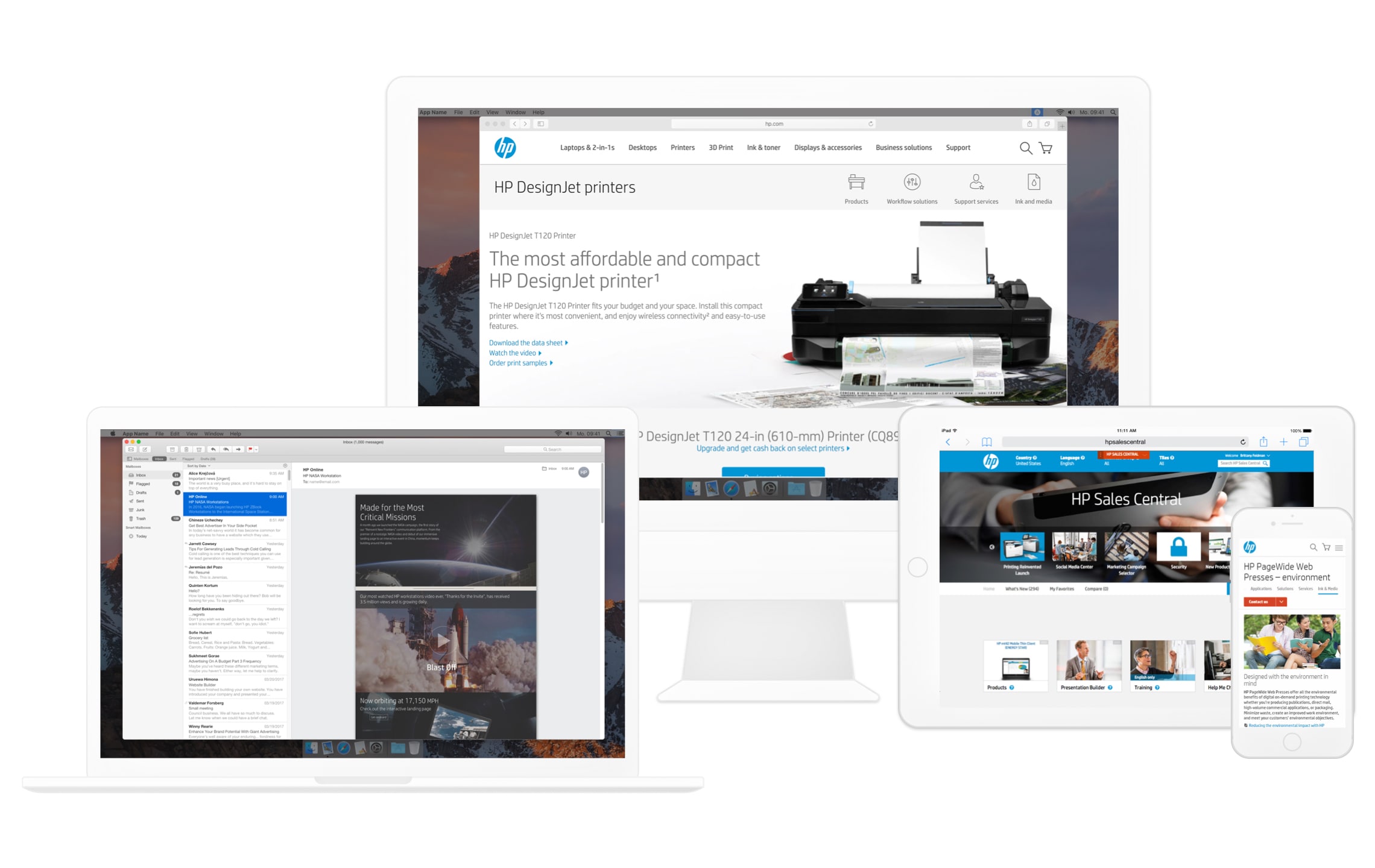 My path in HP began as a designer and content manager for different tools, both internal and for public consumers. Later I would transition to a full design role and finally to the development and UX of HP websites.

As a content manager and designer, I was in charge of creating assets and resources for different areas of HP’s printing sector. These mostly included PowerPoint presentations and layouts for campaigns that had to be properly designed considering translations up to 32 languages, reviewing their execution and adjusting when necessary.
‍
Being my first experience in a world-class company, I had to familiarize myself as much as possible with their branding to execute my tasks in the most efficient way.
‍
Once I became familiar with HP's branding and guidelines, I realized that many resources were difficult to locate or were printed documents, making the process I was following not as efficient. So I dedicated myself to the task of centralizing as many resources as possible for future colleagues and automate the process as much as possible, by creating plugins to templates for the rapid creation of assets.
‍
This would give me enough time to find other areas of improvement.

Soon my PM and I would realize that some of our tools were a little outdated, which made our process not efficient enough. As a result, we partnered with a team of developers, providing them with user insights, wireframes and testing prototypes to improve the experience of these tools, and centralizing them as web applications on the HP Sales Central portal.

The MARCOM (Marketing and communications) team functioned as an internal HP agency where we constantly received different projects from several stakeholders.
‍
Now that my process as a content manager was quite optimized, I was able to focus my capabilities on working across different design projects along with multiple PMs.
‍
Our design process was very straightforward, first, we received a brief with the text copy and the project specs from the client. Then, my task was to create the design concept for approval and finally execute the final design according to HP's branding rules.

During this stage of my career, I had the opportunity to work on large web marketing campaigns and new product launches, such as the HP sponsorship at the Cannes Film Festival, Deadpool’s film use of workstations, HP’s Nasa “Reinvent new frontiers” campaign, HP VR Ready products and the promotion of the 2D/3D Sprout Pro scanner.
‍
Although my skills were not limited to design, I was also able to collaborate with the animation and 3D team, helping with video editing and testing different plug-ins to improve the video production process.

Later I would join the graphic arts team, a division of hp.com that was in charge of developing and establishing good web practices for large format printer websites.
‍
My main task was to develop web components in a CMS based on mockups created by designers and content creators to later build HP’s printers websites.
‍
However our work went beyond that, we implemented a semantic web structure, optimizing the organic positioning of the sites to meet web standards, having a user-centered approach, advocating for accessibility and mobile-first design. This led us to use various tools (Omniture, Mix panel, Optimizely, etc) to measure performance metrics and user behavior as well as constantly evaluate and audit our pages to have the best possible performance.
‍
Then we would work along with the design team to redesign the hp.com sites and improve the aesthetics and user experience following new design patterns and trends. With this refresh we were able to increase traffic to the hp websites and the redirection to the store page, resulting in a significant increase in sales. 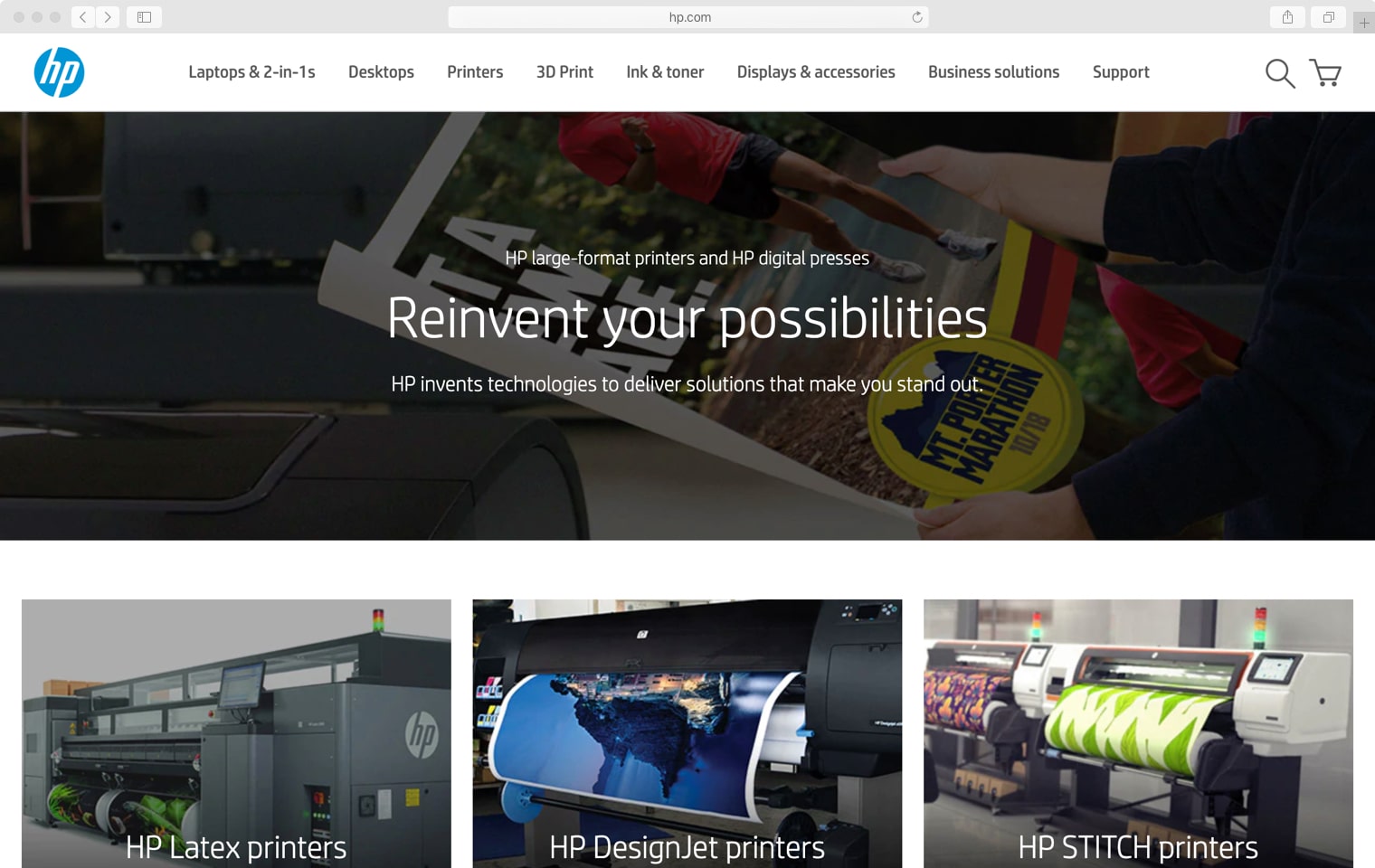